An early wake up (as per usual) in St Augustine after a decent night. We rolled into the hotel lobby to have a packed (as usual) breakfast. I always grab a bagel with some cream cheese for breakfast, every morning. All the hotels have them and they’re fuckin delicious. I really wish they were more common in Australia, they’re the best.

Today we were rolling into Savannah, Georgia. It was a decent pretty short drive, roughly 3-4 hours which was awesome. When we first arrived at Savannah, we went down to Forsyth park, which is this park that reminded me a lot of Machattie Park in Bathurst with a big fountain in the middle. We were getting a professional group photo taken. It will be a nice photo, I am sure. We also did a professional photo in Vegas under the sign but apparently it didn’t turn out too well. I am sure this one will turn out okay though because the photographer seemed more professional.

We got dropped off at the hotel but it was still early to check in so we we got a chance to walk around Savannah for the next 2 hours. We went to a pan-Asian restaurant called Co at Braden’s recommendation. We didn’t feel like greasy burgers or anything so a relatively good Asian restaurant was sure to hit the spot – and it did. We got gyoza, Asian chicken wings and I got pork buns and Aimee got Ramen. It was top quality. Felt good to eat and was great tasting an a nice change from the type of food we had been eating.

We walked around Savannah a little more to check out a few sites. Savannah is really a really beautiful classic southern town. It is not huge but it has that southern charm that is really nice. There is a lot of little parks scattered throughout it and has a really nice river that runs through it. It reminds me of what Bathurst would be like if it was good. I am a huge fan of the walking dead telltale games that I play on Xbox. Easily better than the show! A few of the episodes of the game are based in Savannah so to see The Marsh House that was featured heavily on one of the episodes was great. We spotted it on our way to getting the world famous Leopold’s ice cream. A lot of celebrities have eaten ice cream here and the line went halfway down the street. We decided that it was worth it to line up though. It was a fast moving line so 15-20 minutes later I ordered a single scoop of Butter Pecan ice cream and holy fuck it was wonderful. Usually nothing can hold a candle to Annie’s ice cream, but oh boy, this ice cream was fuckin special. The wait was so worth it, amazingly delicious. 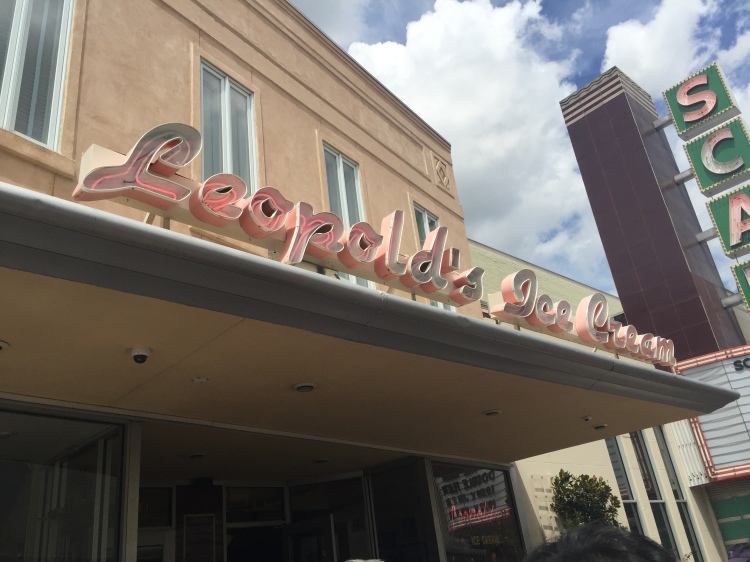 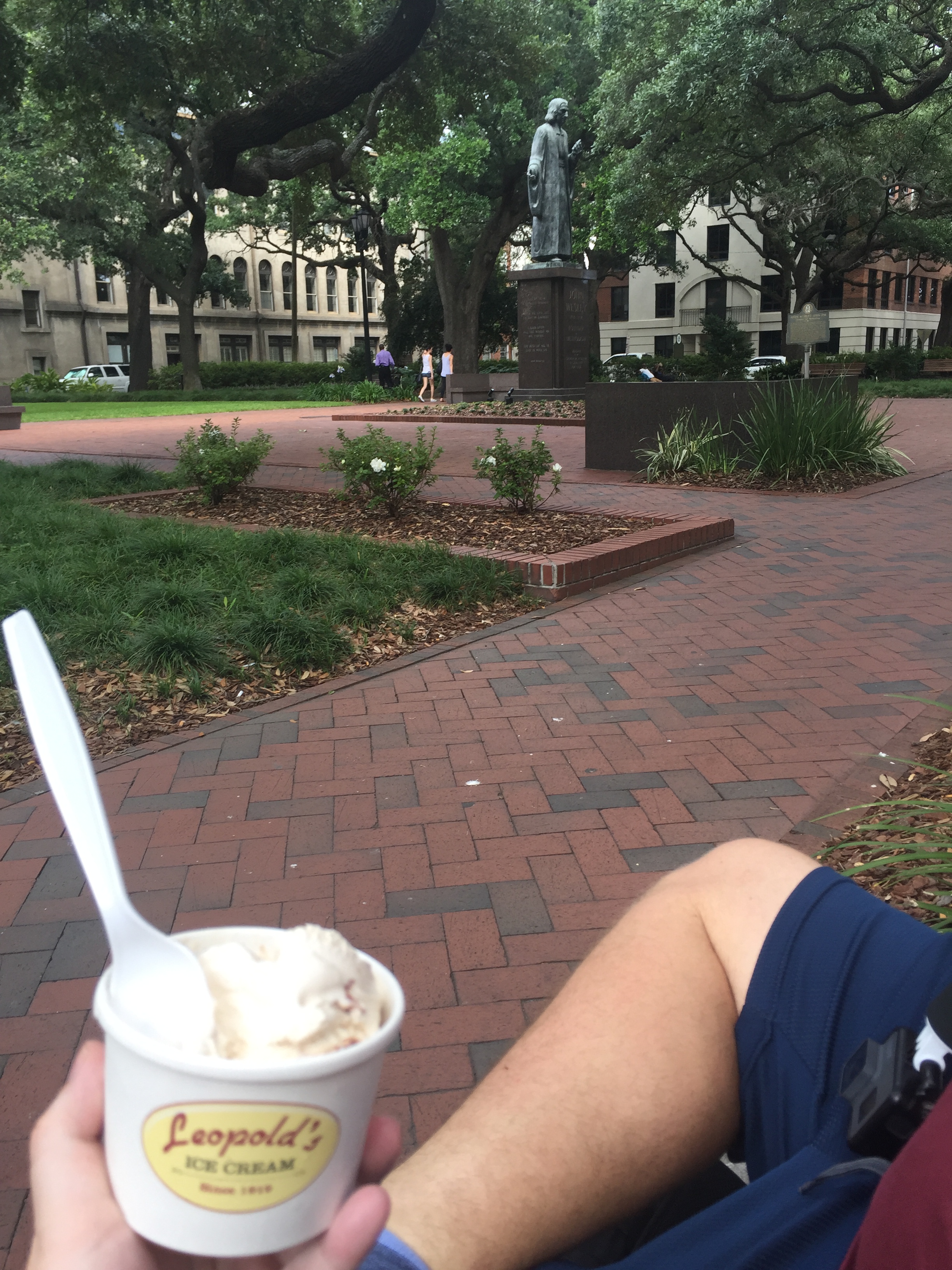 It was time to check into the hotel which we did and had a little rest before venturing back out. Braden was taking us on an hour walking tour of Savannah on the way to our dinner. We walked into a bunch of different squares and parks to look at monuments and statues and plaques. They were all dedicated to great people in American history and surprisingly none of them were actually American born. All of these statues were immigrants who fought for American values and shaped the country that it is. It was a deep message and really highlighted the beauty of multiculturalism in America. Australia talks a big game about multiculturalism but from what I have seen, America is so much more multicultural. Not only that, but we also saw a few locations from Forrest Gump, like the building the feather at the start floats over and where the bench that Forrest sits at was and the bar where Jenny sees Forrest on TV. It was nice. 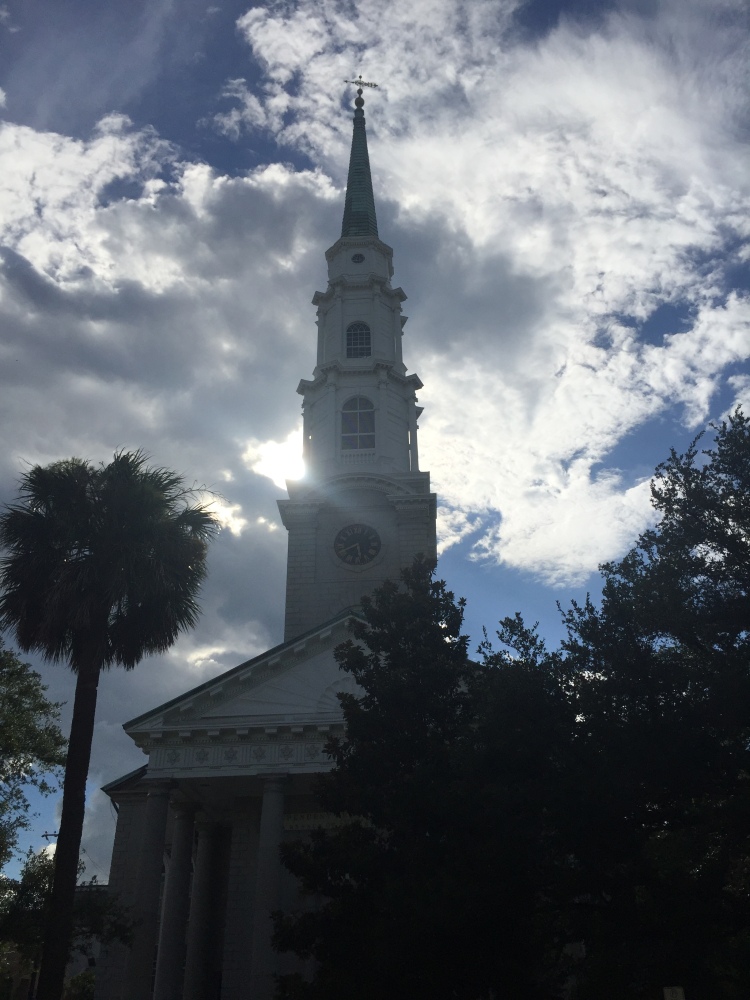 We finally arrived at dinner which was a special treat tonight. We were eating at the world famous Mrs Wilkes House. This restaurant is the epitome of southern cooking. It is hard for me to even call it a restaurant because it felt more like a top quality family dinner table dining experience. It was true southern food. Old black ladies doing the serving, calling you baby. Eating friend chicken, cornbread, collard greens, mashed potatoes, biscuits, gravy, mac and cheese, all of the traditional southern foods. It was fuckin excellent. They serve sweet tea to drink and you sit at tables of 10 with all the food just laid out on the table. They come around and refill everything as it empties. Top quality. Ate so much food though and was so full at this point. 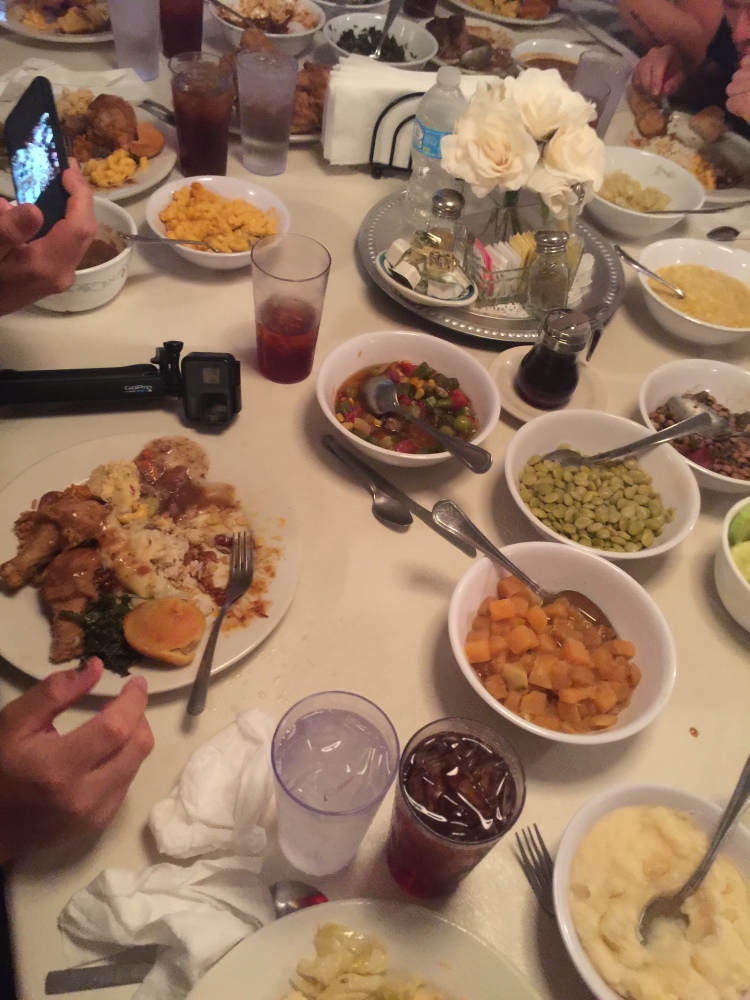 Being heaps full, we waddled up to a bar that is on top of a hotel right next to the river called TopDeck. We went up there to get a drink and watch the sunset over the Savannah river. It was pretty beautiful and good just chilling. Matt bought a packet of salt and vinegar crickets to eat…yes crickets. Of course I had to try it. A few of us tried them at the same time, I only had the smallest bit and I was gagging and throwing up lol I have the weakest stomach at the best of times, pretty much the vomit master. It was a weak effort, it was fuckin nasty though. 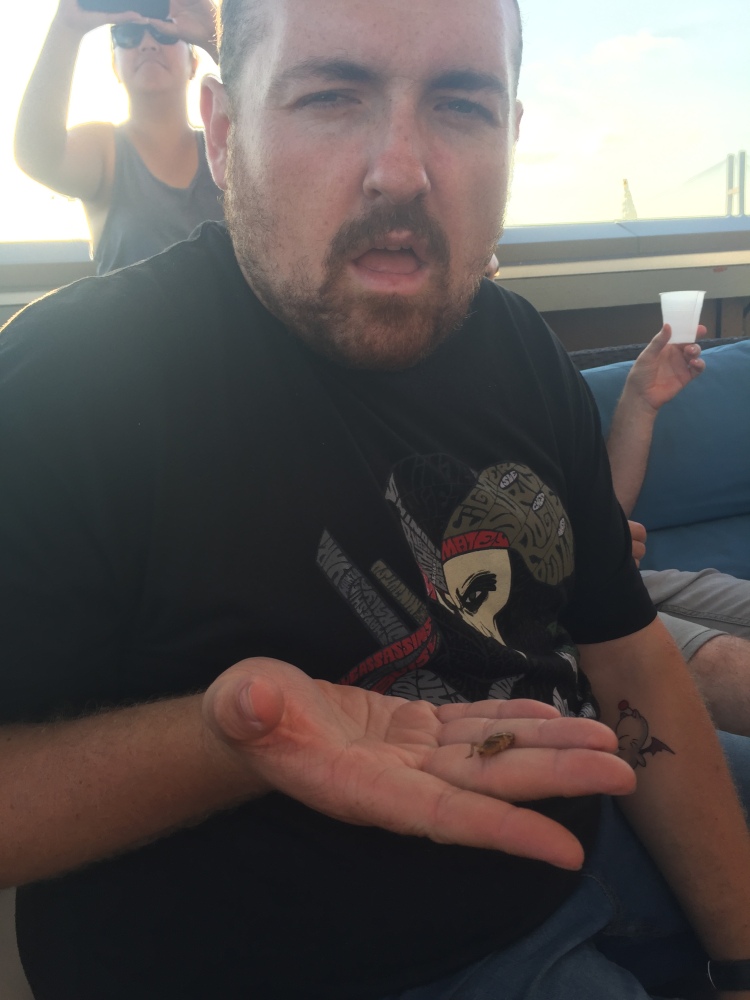 While we were at the bar, a bunch of the group decided that we would go on a ghost tour tonight. 21 of us agreed and off we went. It was about a 20 minute walk through Savannah to meet up with this guy. He took us to five different haunted houses in what is known as the most haunted city in USA. It really wasn’t scary at all. It was too hot and humid at night still and we were absolutely buggered from all the walking in the day plus now. The guy was good and his stories were good and he told the stories well but I just couldn’t get into them. The sites were pretty decent too but i just couldn’t get over the heat. We returned to our room at midnight to get to bed for an early wake up to travel to Raleigh, North Carolina tomorrow.