“Everyone has the fire, but the champions know when to ignite the spark” – Amit Ray

Today was set to be the longest drive day we have on tour. We were certain to need a massive amount of sleep after last night effort, we had I be up at like 6 to get the bus to Memphis. We did that, hungover and tired we jumped on the coach. Unfortunately I have never been able to sleep sitting upright. This leads to zero coach sleep. Sigh.

We were moving into our 8th state today for our first stop – Arkansas. We stopped at a town called Texarkana and took a group photo at a place that you can stand in Texas and Arkansas at the same time. It was pretty unexciting and everyone really just wanted to go back to sleep. 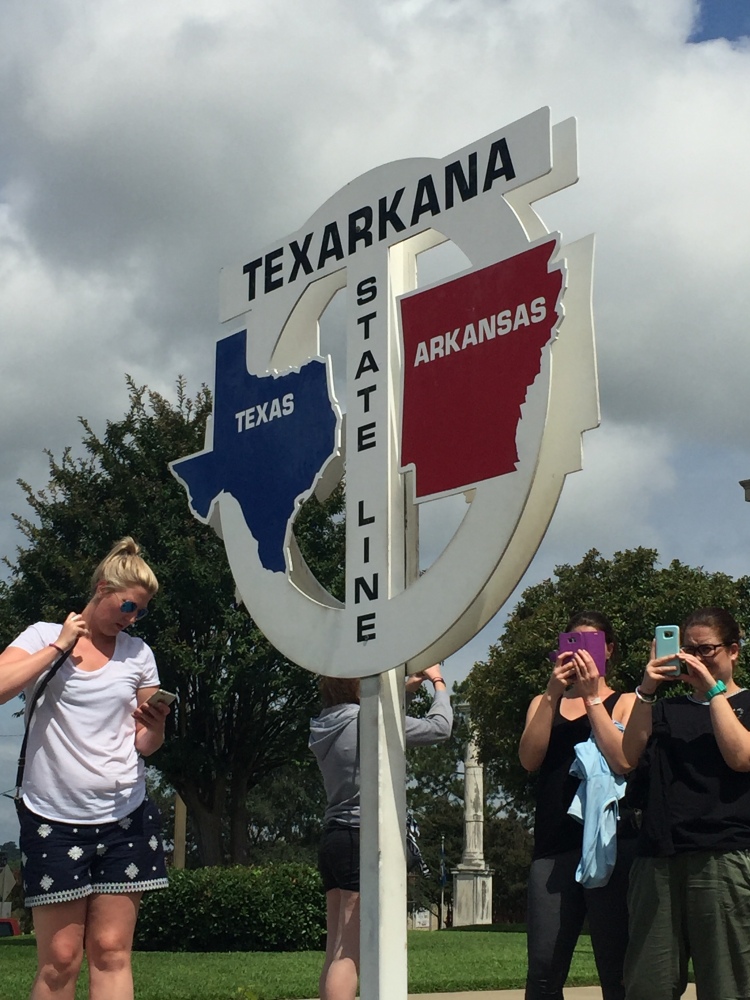 A few hours later our next stop was at Little Rock, Arkansas. We stopped at the little rock central high school which is a site that during segregation 9 African American students were picked to attend an all white school. The governer highly opposed this and had the state guard stand at the door to prevent them from going in. The students stood strong to fight for the civil rights of black people. It’s a really beautiful story for these 9 teenagers who were 15-16 years old to be protesting against bigotry and hate.

We stopped somewhere else that was not interesting and had Whataburger. It was alright, we are trying to eat at all the different fast food stores we can’t get in Australia. Whataburger is above Taco Bell, but that’s it. Finally after 10 long and painful hours, we reached our 9th state and home for the next 2 nights, Memphis, Tennessee.

We literally had like 20 minutes to check into our hotel and get ready before we headed to the baseball game. I was so keen for this as I have been a baseball player my whole life and enjoy it thoroughly. It is a sport that I learnt from my dad and grew up with so it will always have a place in my heart. Anyway, a baseball game is just one of them things you have to do in the USA. Tonight we were seeing a minor league game between the Memphis Redbirds and the Omaha Stormchasers at Autozone Park in Memphis. Naturally, we were rooting for the Redbirds! I bought a Redbirds hat and a hotdog, then I was ready to enjoy. The rain stopped that from happening. It has been raining for the last 3 days on tour. The game was put on rain delay which means that they would wait til is subsided and then the game would begin which it eventually did!

As we had a large group (56 including tour manager Braden and our driver Alex) in a stadium that was not nearly full and had about 1000 people there, we can make a lot of noise. We decided to pick a player on the Redbirds and he would be our boy. Then every time he does something we would just go crazy for him and lose our shit. Our guy was Nick Martini because of his awesome last name. This was so awesome. We thrived for Martini! He was a Designated hitter so we only got him at bat but it was so awesome. Martini fed off our enthusiasm with two doubles and a single at his first 3 at bat, brilliant! He also got home a few times! Everyone was so confused and no doubt Martini would have been as well. Just so good. Anyway, the Redbirds won 6-1 which was fuckin so sick! Martini gave us a hat tip and wave at the end of the game – so awesome. There was a huge fireworks  spectacular at the field after the game which was honestly the best fireworks show I have ever seen. It went for so long though, it was amazing. 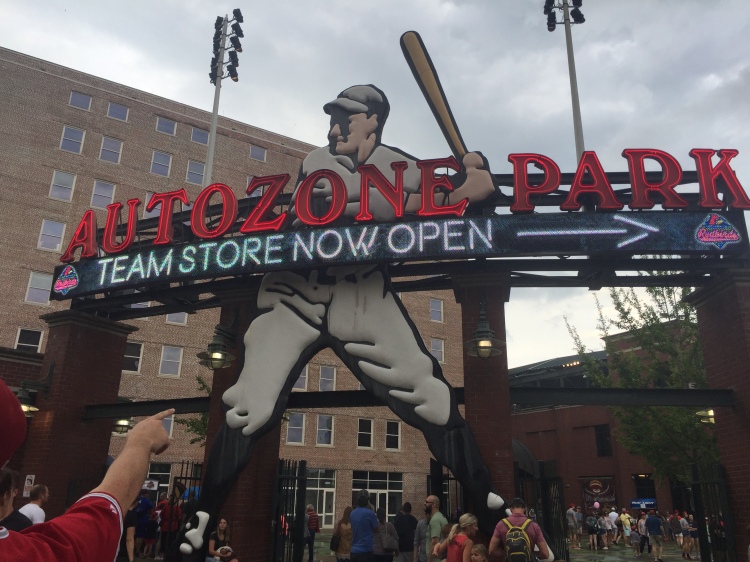 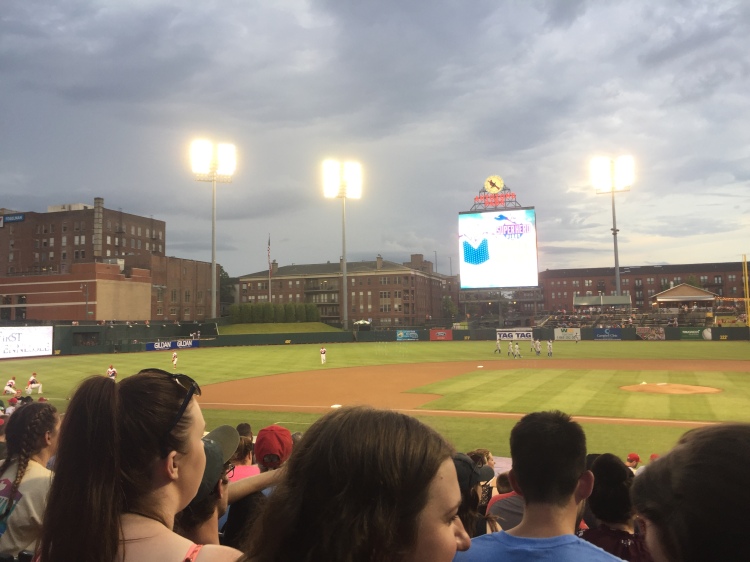 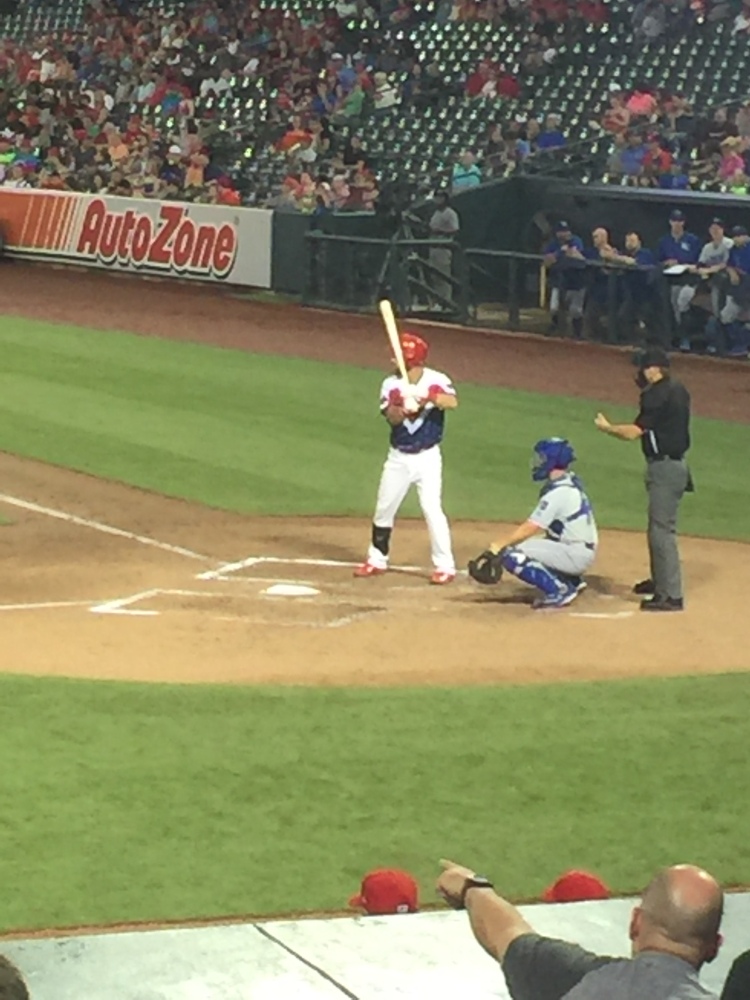 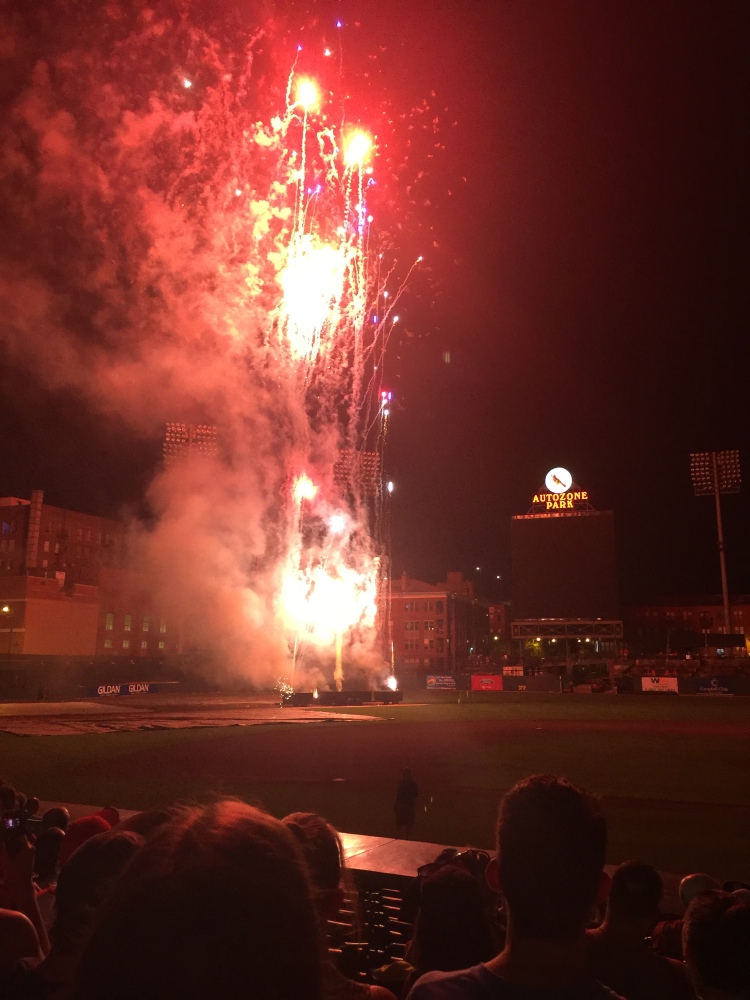 After the game everybody was going to Beale street to party, we weren’t keen and neither was another girl on our tour who we had barely met, Elise. The three of us decided to head back early and get a decent sleep. We were going to catch an uber but in Memphis they have these horse and carts everywhere that are all lit up with fairy lights. We caught that. It was a really nice stroll to chat with Elise an take the horse back to the hotel. It was a really long day an we were exhausted. We slept immediately upon returning home. It’s 6pm the next day now and I have almost finished this day. I realise this blog post is late but we have just had so much on, it’s been crazy busy. Today we did so much and you’ll be able to read about it tomorrow. Another day in Memphis.